WHITEOUT is a digital exhibition curated by Paul Barsch & Tilman Hornig as part of their exhibition series New Scenario and produced in the framework of MARTA project.

The project introduces different positions of contemporary and classical performance art, connects them interactively and makes them virtual via a VR extension, to be presented at the NRW Forum in July 2019 and online.

The artistic works can be experienced in a digital white void - a white 'nothing'. The viewer moves interactively through a completely white space and encounters artistic performances that emerge from the white at various points. The white has no beginning and no end, the visitor can move freely inside of it, while the individual performances are being generated interchangeably in front of him/her.

The works performed by internationally acclaimed performance artists - Maria Hassabi, Christian Falsnaes and Va Bene Elikem Fiatsi - are inserted in the white 3D environment in a video form. Since literal white 'nothing' represents an 'other realm' - usually the result of a dream or transition to another universe - physical spaces that mimic that visual effect have the same connotations. The absence of any space reference or any sign that the outside world exists implies no escape and creates an exaggerated, intimate, almost claustrophobic situation between the viewer and the performance.

How can a performance be transferred to virtual reality and what happens when we encounter performers in a virtual surrounding? 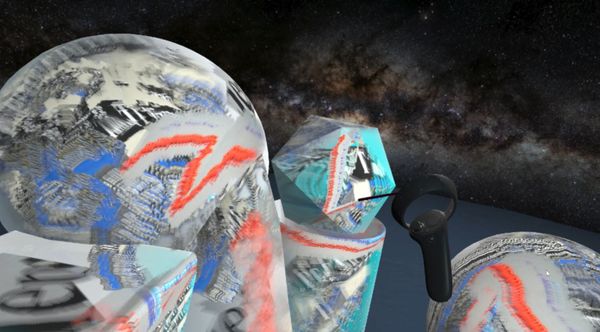